Forming your business in Texas

There is widespread confusion as to exactly when a regular Texas corporation (C Corporation) becomes an S Corporation. It is commonly thought the S Corporation election must be made at the time the corporation is originally formed. That is not correct.

When you form a corporation in Texas, you’ll want to know how and when your Texas C Corporation becomes an S Corporation as well as the differences between the two. And you should also be aware of certain restrictions that apply to S Corporations but not to C Corporations. This guide walks you through a comparison of these two types of corporations in plain language. We recommend you discuss your specific situation with your attorney, accountant or tax advisor when choosing between C Corporation and S Corporation status in Texas.

When a corporation is originally chartered by Texas, it exists as a C Corporation. If you do nothing more after forming your Texas corporation, it will remain a C Corporation. Your Texas Corporation becomes an S Corporation only when, with the consent of all shareholders, special tax treatment (“pass-through taxation”) is sought by filing Form 2553 with the IRS in accordance with Subchapter S of the Internal Revenue Code.

The S Corporation election can be filed anytime after the corporation is formed – immediately, or years later.

Identifying the most beneficial tax treatment for your specific situation is very important - it can pay dividends for years to come. So delaying your S Corporation election decision will give you time for further consideration as well as time to consult with your attorney, accountant or tax advisor.

Your Texas corporation can continue as a C Corp for as long as you like. Preparation of Form 2553 (which you must file with the IRS) is the only additional step MaxFilings performs when you select “S Corp” as part of the online incorporation process, and preparing Form 2553 has no effect until you complete it and then file it with the IRS.

Read on to learn more details about the differences between C and S Corporations.

S Corporations provide another advantage should the corporation experience losses. Unlike C Corporation shareholders, S Corp shareholders are allowed to offset other income by including their share of the corporation’s losses on their personal tax returns provided, however, they cannot deduct corporate losses in excess of their "basis" in their stock – that being the amount of their investment in the company, with a few adjustments.

Keep in mind that no more than 25% of an S Corporation’s gross corporate income may be derived from passive income.

You will want to find out specifically about Texas in order to avoid any surprises. Prior to electing to become an S Corporation in Texas, you should know exactly how Texas treats S Corporations. Consult with your tax advisor or contact the Texas income tax agency to determine whether a separate S Corporation election form is required for Texas and what, if any, Texas taxes apply to S Corporations.

The IRS requires that owner-employees of an S Corporation be paid wages and that the salary paid an owner-employee be a “reasonable amount” for the work being performed. Of course that means employee-owners cannot avoid paying payroll taxes by paying themselves nothing. And their salaries will be subject to payroll taxes, even if the corporation is losing money.

Since the corporate tax rate is typically lower than an individual’s tax rate and profits retained in the corporation will not be double taxed as dividends, a C Corporation can generally accumulate capital more effectively than an S Corporation. Of course an S Corporation could accumulate even more capital if it did not distribute any of its profits to the shareholders – but doing so would create obvious problems for some owners who would have to pay income taxes on this HYPERLINK "https://www.maxfilings.com/incorporation-knowledge-center/Phantom-Income.php" “phantom income” which they did not actually receive.

S Corporations are not allowed to conduct certain kinds of business. Business corporations that are not eligible for S Corp status include banks, insurance companies taxed under Subchapter L, Domestic International Sales Corporations (DISC), and certain affiliated groups of corporations.

Generally speaking, C Corporations offer more flexibility than S Corporations and are therefore the best choice for large companies with a large numbers of shareholders, especially if they are publicly traded.

A C Corporation can make its original conversion to an S Corporation at any time after being originally formed by filing a Form 2553 with the IRS. A few states require that an S election also be filed with the state. In cases where a C Corp is converted from an S Corp, it must remain a C Corp for at least 5 years before it can be converted back to an S Corp.

Conversion of an S Corp back to a C Corp

An S Corporation can convert back to a C Corporation anytime by filing a formal request with the IRS. However, the C Corp must keep the December 31 fiscal year and it cannot convert back to an S Corp for at least five years (restrictions that hamper the ability to save taxes by shifting income between taxable years, a strategy practiced by some). It can sometimes be more beneficial to form a brand new C Corporation rather than converting.

Both C Corporations and S Corporations provide limited liability protection for shareholders (owners) who cannot normally be held responsible for the corporation’s obligations.

Both C Corporation and S Corporation ownership is transferred by selling shares of the corporation’s stock.

Both C Corporations and S Corporations are allowed to provide employee benefits that are deductible by the corporation and tax free to the employees. Retirement Plans, Medical Plans, Life Insurance, Childcare, and Education Plans are some of the types of benefits frequently offered. While the rules vary for the plans, the tax-free status of some is not nearly as generous for owners with more than 2% of an S Corporation’s stock.

Both C Corporation and S Corporation shareholders (owners) must pay personal income tax on any salary drawn from the corporation as well as any dividends paid or earnings that are distributed.

Both C Corporations and S Corporations must comply with state requirements regarding the organization and operation of corporations. That would include the adoption of bylaws, issuing stock and maintaining shareholder records, holding and recording the minutes of meetings of shareholders and the board of directors, and preparation and filing of all required state and federal reports. It is very important that all required procedures are followed since courts can find that a corporation’s principals have not operated the business as though it is a corporation and are therefore not entitled to the limited liability protection they would otherwise have. In such cases, courts may “pierce the corporate veil” and hold a corporation’s principals personally liable for what would otherwise be a liability of the corporation.

We hope you find this information useful as you determine whether a C Corporation or S Corporation is best for you. We’d also like to remind you to consult with your attorney, accountant or tax advisor. We cannot guarantee that all of the information above is accurate, complete and/or current, and it should therefore be independently verified.

If you’re ready to start the incorporation process or just starting to gather your information together, we hope you will choose to let MaxFilings handle your filing in Texas or any of the other states. MaxFilings’ order system makes it easy for you to enter and save information until it’s complete and you are ready to incorporate. Our service is simple to use, competitively priced, and we keep you updated at every step. (See what our customers say about us.) 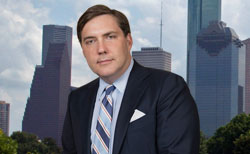 
Warning: include_once() [function.include-once]: Unable to find the wrapper "https" - did you forget to enable it when you configured PHP? in /usr/www/users/seoadvan/www_maxfilings_com/templateState/footer.php on line 40

Warning: include_once() [function.include-once]: Unable to find the wrapper "https" - did you forget to enable it when you configured PHP? in /usr/www/users/seoadvan/www_maxfilings_com/templateState/footer.php on line 40

Warning: include_once() [function.include-once]: Unable to find the wrapper "https" - did you forget to enable it when you configured PHP? in /usr/www/users/seoadvan/www_maxfilings_com/templateState/footer.php on line 40

Warning: include_once(https://www.maxfilings.com/randomquote/randomquote.php) [function.include-once]: failed to open stream: No such file or directory in /usr/www/users/seoadvan/www_maxfilings_com/templateState/footer.php on line 40

Wondering what happens after you submit your incorporation order to us? Have questions about using MaxFilings to incorporate your business or form an LLC? Here you'll see basic questions about our system that can help make your experience smooth and hassle-free. FAQ About MaxFilings

Why Choose MaxFilings?
Price
You get the most competitive prices online.
Speed
Your order is processed and sent to the state within 24 hours of being received.
Free Registered Agent Service
You receive a FREE 1-year registered agent service with all of our packages and a guaranteed $99/year rate for the life of your contract.
Free Shipping
Choose our Silver package for FREE 1st class postage delivery to your contact address.
Free Business Tax Consultation
You receive a FREE business tax consultation automatically included with your service.
Experience
Partner with a company that has helped form over 50,000 LLC's, Corporations and S-Corporations nationwide.
Reputation
Work with an A+ Rating Better Business Bureau member that has outstanding customer reviews.
Compliance
You get an e-mail notification if and when an Annual Report needs to be filed.
Complete Solutions
Unlock packages that include custom bylaws, operating agreements and banking resolutions.